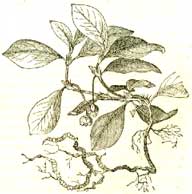 Brazilian Indians valued ipecac as a remedy for dysentery and this information was brought to Europe by Portuguese missionaries.3 The dried root and rhizome are the source of the medicinally useful products. Ipecac has been widely used in its syrup form as a potent and effective emetic. Ipecac powder had been used to induce sweating at the onset of influenza and small amounts of the extract have been incorporated into cough syrups as expectorants. Emetine, derived from the root, has been used for more than a century to treat dysentery.1 (Morton JF. Major Medicinal Plants. Springfield, IL: Charles C. Thomas, 1977.) 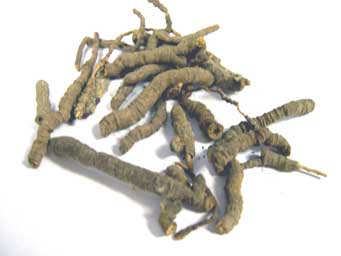 The root of the ipecac plant is the active

Ipecac is in large doses emetic, in smaller doses, diaphoretic and expectorant, and in still smaller, stimulant to the stomach, ex-citing appetite and facilitating digestion. In quantities not quite sufficient to cause vomiting, it produces nausea, and frequently acts on the bowels. As an emetic it is mild, but tolerably certain, and free from corrosive or narcotic properties.

The researches of Waters and Koch (/. P. Ex. T., 1917, 10, 73) have shown that psychotrine is practically non-toxic and probably plays no part in the action of ipecac. Cephaeline and emetine are similar in their effects although differing in degree. Emetine is a more active amebicide but less irritant and emetic, and also less toxic, than cephaeline. Eggleston and Hatcher (/. P. Ex. T., 1923, 21, 1) have found that both of these alkaloids have a direct stimu-lant action upon the vomiting center in the medulla. They believe, however, that the emetic effect is due not only to this action but in part to the local irritant effect upon the gastric mucosa. Because of the promptness with which the emesis occurs it is scarcely possible for enough of the active principles to be absorbed from the stomach to produce direct systemic effects. When injected subcutaneously or intravenously in large dose, however, the alkaloids act as depressants to the motor side of the spinal cord and probably also to the respiratory center. It would seem that they have some special predilection for the lungs, for after toxic doses alternating areas of pallor and intense hyperemia have been found in the pulmonary tissue.

Originally introduced into Europe as a remedy for dysentery, ipecac for centuries was alternately lauded as a specific and condemned as useless in this disease. In 1911 Vedder (see /. A. M. A., 1914, 62, 501) showed that an infusion of ipecac representing one part of the drug in ten thousand destroyed the viability of the Entameba, and that the alkaloid emetine in a one to one-hundred-thousand solution had the same effect. He also showed that the drug was possessed of no bac-tericidal virtues. Since this research, reasons for the divergence of opinion as to the usefulness of ipecac are apparent. There are two types of dysentery, one due to a specific ameba and the other caused by a bacillus. In the latter form of the disease the drug is useless but it is of real value in the amebic type of dysentery. It has, however, been to a large extent supplanted by its alkaloid emetine for this purpose. (See EmetinaR HydroMoridum.) Simon (J. A. M. A., 1918, 71, 2042) maintains that the whole drug administered by mouth gives better results than the subcu-taneous injection of the- alkaloid, especially in the chronic cases where the ameba has become encysted.

As an emetic ipecac is rarely used merely for the purpose of evacuating the stomach, but when an action upon the portal circulation is desirable, as in the so-called biliousness or acute alcoholism, it is often of service. Many clinicians believe that it has a direct influence upon hepatic secretion, but it is more probable that its effects upon the liver are due simply to its emetic action. By virtue of their nauseating effect small doses of ipecac tend to increase various secretions of the body. Thus it is widely used as a diaphoretic, especially in combination with opium (see Pulvis Ipecacuanha et Opii), in the early stages of acute coryza and other mild infections. In the same way it acts as an expec-torant, and in the early stages of acute bron-chitis it is one of the most valuable remedies we possess. The experiments of Perry and Boyd (/. P. Ex. T., 1941, 73, 65)—who report marked increase of the bronchial secretions in rabbits from the administration of ipecac—are scarcely applicable to its medicinal use because of the tre-mendous doses which they employed. Many years ago Trousseau affirmed that ipecac pos-sessed valuable hemostatic powers, especially use-ful in hemoptysis, but this use of it failed to re-ceive general recognition. The treatment has been revived by Flandin (Press. Med., 1913) and other French clinicians.

As an emetic ipecac may be given in sub-stance in the dose of fifteen to thirty grains (1-2 Gm.), repeated in fifteen to twenty minutes if necessary. As an expectorant the syrup is generally preferred. If ipecac itself is used in dysentery it should be given in doses of five grains every hour combined with opium to prevent vomiting. 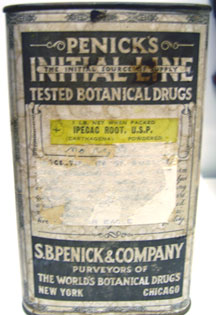 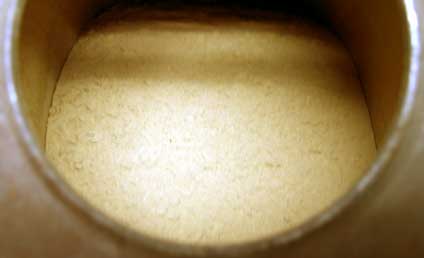